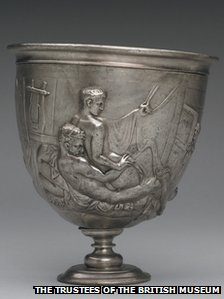 Timed to tie in with the London Pride festival, which takes place next week, the podcast – which also features artist Maggi Hambling and writer Kate Smith – discusses a number of key objects in the Museum’s collection from ancient to modern times.

“Museums have always been very important spaces for people to consider their own sexual identity,” explained Mr Parkinson – curator in the ancient Egypt department – in the guide.

“Most museums have collections of Greek and Roman statues which show men looking very naked, so for men who desired other men it was one of the few spaces where they could look at naked male bodies in a culturally respectable sort of way.”

The project began with Same-sex desire and gender identity,launched as part of LGBT History Month in 2010.

It has since been developed into Mr Parkinson’s book, and recognises the importance of gay role models throughout history.

Visitor surveys for the British Museum’s exhibition on the Roman emperor Hadrian in 2008, found that few people knew that Hadrian was “what one would nowadays term gay”, explained Parkinson. 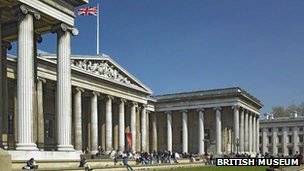 Looking at a bronze head of the Emperor Hadrian with Russell Beale in the audio trail, Mr Parkinson recalled how Hadrian was said to have “wept like a woman” when Antinous drowned in the Nile.

“He commemorated Antinous in statues, religious cults and coins across the Empire. It is said to be the most passionate outpouring of grief for lost love that we know of before Queen Victoria and Prince Albert.”

“People often think that gay and lesbian history is a minority history, but of course it is part of humanity’s history. Sexual diversity is something that affects us all.”